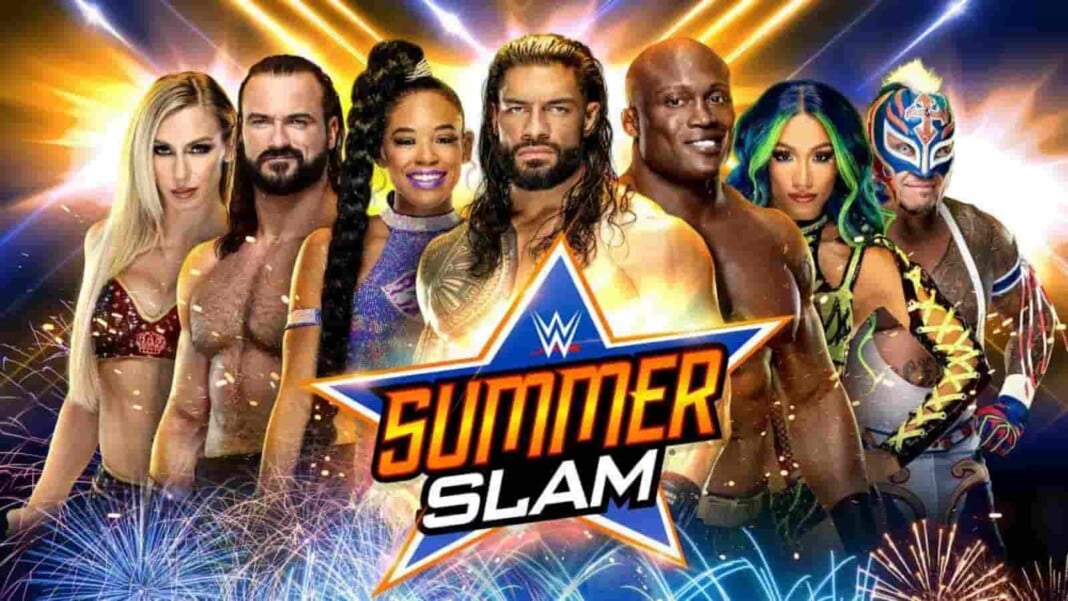 WWE Summerslam 2021 will feature some of the most awaited and interesting matches which is making the WWE Universe excited. With a great match card already confirmed, Summerslam will be one of the Biggest Parties of all the Summers and could set new records as well.

After some intense promos and war of words, the WWE Universe will finally witness Roman Reigns and John Cena battle with the Universal Championship on the line. The main event would be a longer match than others and could see some interferences as well.

Summerslam Preview: Bobby Lashley and Goldberg to square off with the WWE Championship on the line

After Bobby Lashley and MVP brought Goldberg’s son, Gage into the storyline, the Hall of Famer has been furious and wants to end the reign of terror of the Almighty. The two will battle each other at Summerslam with the WWE Championship on the line.

After 7 years of making, Edge and Seth Rollins will finally meet each other inside the ring. Both the men will be looking to end what they started 7 years ago and the WWE Universe will witness some intense action as well.

After her Money in the Bank contract cash in, Nikki A.S.H. has been underestimated by Charlotte Flair and Rhea Ripley and the champion will love to prove them wrong. Charlotte Flair will be looking forward to another championship win while Rhea Ripley will be aiming to reclaim the title she lost to Flair.

Summerslam Preview: Bianca Belair and Sasha Banks to have a Wrestlemania rematch

After her loss at Wrestlemania, Sasha Banks will be looking to take perfect revenge from the current Smackdown Women’s Champion and reclaim her title. Bianca Belair on the other hand has been a fighting champion and deserves some more time as the champion.

Summerslam Preview: The Usos to defend the Smackdown Tag Team Championships against the Mysterios

A long rivalry could finally come to an end at Summerslam. The Usos will be defending their Smackdown Tag Team Championships against the Mysterios. The father son duo on the other hand will be looking forward to reclaim the titles that they lost because the referee couldn’t see what happened.

After some cracks between Randy Orton and Riddle were filled, the two will battle the dominating duo of AJ Styles and Omos. The Raw Tag Team Champions will be looking forward to use their power advantage to win the match while RKBro will be a rigid duo and their team work will aim to become new champions.

Summerslam Preview: Damian Priest and Sheamus to battle for the United States Championship

After many years of friendship and months of rivalry, Drew McIntyre and Jinder Mahal will finally face each other at Summerslam. Jinder Mahal will not be allowed to bring Veer and Shanky ringside which makes the match a clean one-on-one match.

After some heated war of words between Alexa Bliss and Eva Marie, the two finally face each other at Summerslam where Doudrop could be turning on Eva Marie. Bliss on the other hand could be having one of her last matches as the scary one and since the Fiend is no more in WWE, the old Alexa Bliss could be coming back.