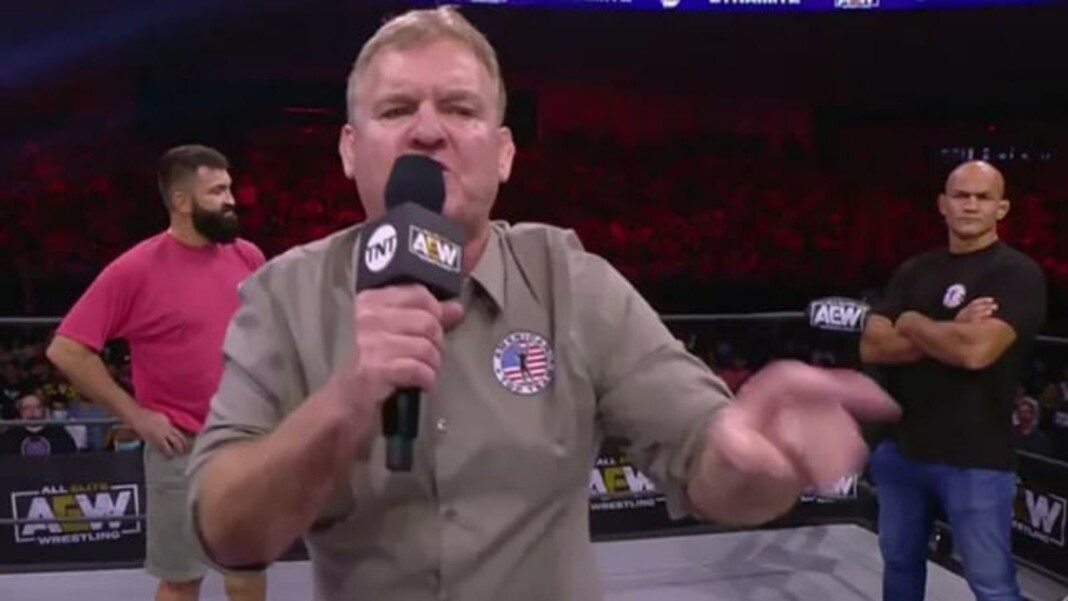 The latest AEW Dynamite was a show stealer and everyone was elated by the matches. The show featured some high profile matches and some storylines being built for the future. Dynamite got some epic reactions and praises which has amused the fans all over the world.

Dan Lambert also appeared on the show with two former UFC Champions Andrei Arlovski and Junior dos Santos. Lambert was seen taking a shot at the fans of AEW and said that the rich have taken over the poor.

He also said that one phone call to his friend Dan White, the owner of UFC, allowed bringing Arlovski and Santos to the AEW ring. Just then, Lanca Archer walked out and looked to clear things up between Lambert and him when Ethan Page and Scorpio Sky attacked him.

This was a teaser to Page and Sky aligning with Lambert but it can be turned around be ause the two never entered the ring. After this, the future holds Archer trying to get his ultimate revenge which may lead to another high profile storyline.

What happened at AEW Dynamite?

The show was kicked off by Sting and Darby Allen defeating 2.0 in a tag team match which already hyped up the fans. Later, it was seen that Sammy Guevara took former WWE superstar Shawn Spears down. The Young Bucks successfully defended the AEW World Tag team Championships against Luchasaurus and Jungle Boy.

It was then announced that former WWE superstar Paul Wight will make his AEW in-ribg debut at AEW All Out. Later on, Thunder Rosa defeated Penelope Ford which was followed by another huge announcement.

The announcement was that Jon Moxley will face Daniel Garcia at AEW Rampage when the mighty main event started. The main event saw Chris Jericho submit to MJF which earned mixed reactions from the fans.